Lights on at the Convention Centre Car Park!

One of the key lighting projects Enigin completed in 2015 was an EPCM energy efficient lighting retrofit for City of Perth Parking at the Perth Convention and Exhibition Centre (PCEC) car park.

The client’s brief was to increase lighting levels to meet Australian Standards while achieving a 60% reduction in power consumption. The lights were required to have a minimum rated lamp life of 80,000 hours which would significantly reduce maintenance costs.

Our project scope included the lighting design, installation and commissioning of 537 dimmable luminaries and sensors in the underground car park and a further 39 in the external car park.

We chose AREX induction lighting technology coupled with motion sensors. Not many people know about induction lights, but they’re actually a very mature technology – and in the right applications, a very effective one. They operate in a similar way to a fluorescent life but there’s no electrode – meaning high efficiency and fewer parts to break or wear down.

Compared to the majority of current LEDs, induction lights last up to twice as long. Most LEDs last approximately 50,000 hours compared to induction lamps’ 100,000 hours!

Not only do induction lamps last longer, they maintain their performance (lumen output) significantly better than both LEDs and high intensity discharge (HID) luminaries as shown below. This equates to lower ongoing maintenance costs and replacement costs.

Unlike metal halide lights, induction lights can also be easily switched on and off as they do not require a cooling period before restarting after a blackout or switch-off. This responsiveness means that they are dimmable, reducing energy consumption and costs through the use of sensor-controlled luminaires.

At the Convention Centre, each new induction light is linked to strategically placed motion sensors which activate the light from its 50% dimmed state to 100% brightness which significantly reduces wasted energy when no movement is detected. Dimming the lights when full brightness is not required saves energy and costs. The external lights are timer-controlled which shuts them off during daylight hours.

Enigin’s project has increased light (lux) levels at the car park to comply with Australian Standards while delivering energy savings and CO2 reductions in excess of 61%. Financial savings will be even greater because of lower maintenance costs with the induction technology providing an 85,000 hour (L70) operating life.. 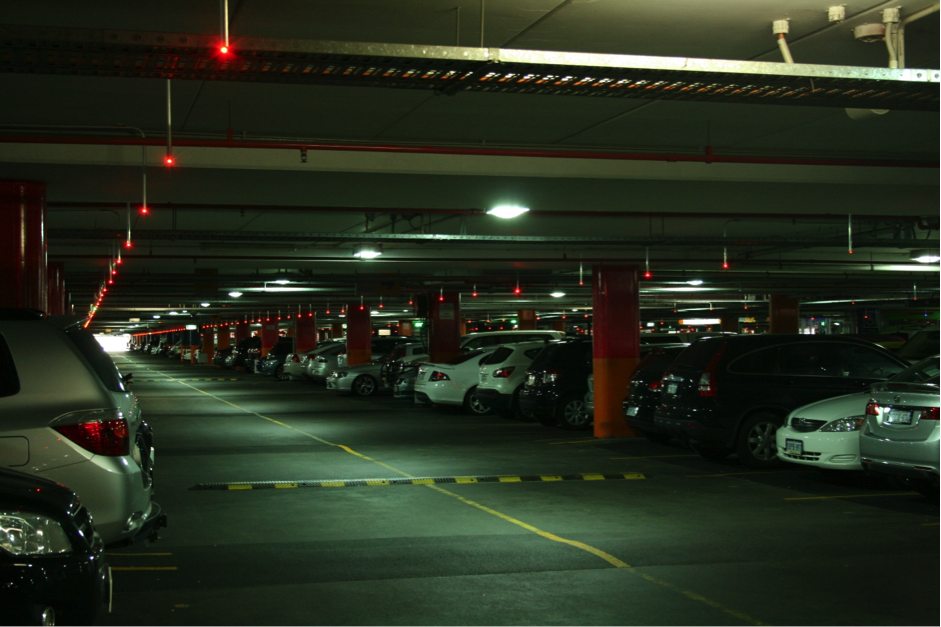