A new report has found that Australia could source almost 9 per cent of our total energy needs from renewable biogas produced from waste products.

Unlike the gas sourced from fossil fuels reserves deep underground, biogas is produced naturally as organic materials break down in oxygen free environments and can be used as a great resource for renewable energy for agribusiness.

There is no shortage of feedstock – rubbish tips, water treatment plants and agricultural processors are overrun with fertile waste products. Despite that, Australia’s biogas output today is the equivalent of just 0.5 per cent of our electricity generation. 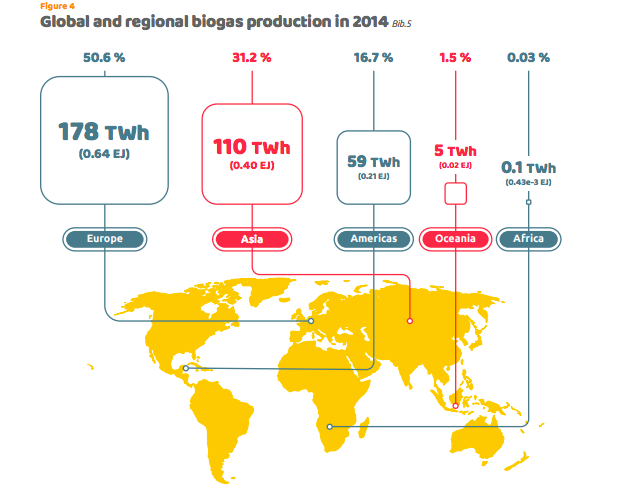 Typically biogas is made up of 50-70 per cent methane, with 25-45 per cent carbon dioxide and small amounts of other gasses.

While it does release carbon dioxide when combusted, because the gas is produced from plant matter that sequesters carbon from the atmosphere during its growth cycle, it can be a carbon-neutral source of energy.

Some of the common sources are landfills, sewage treatment plants and agricultural processes. If the biogas emitted from these processes was captured, it could be used as a renewable energy for agribusiness to create heat to power a boiler or warm a house, or even power a generator to produce electricity. 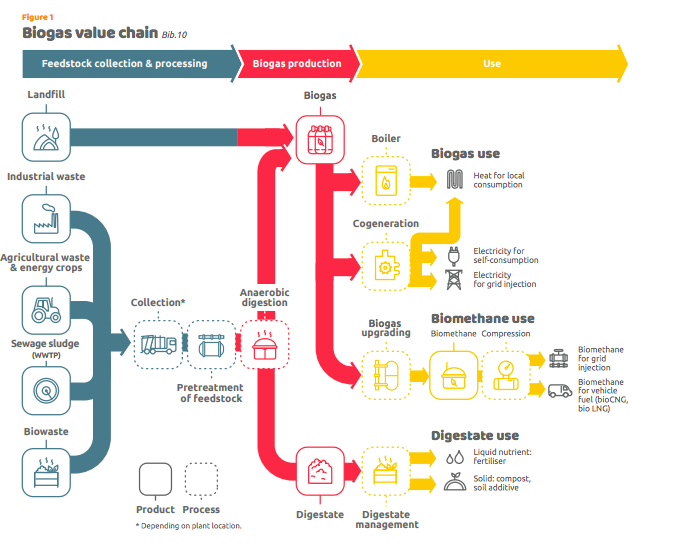 If purified to make biomethane by removing the carbon dioxide and other gases, the refined gas could be compressed and used to fuel vehicles or injected into the natural gas grid as a renewable energy.

What are the benefits of biogas?

As a renewable energy source for agribusiness, biogas could assist to decarbonise the economy and divert waste away from landfill. The renewable gas offers a secure and dispatchable source of energy, and once upgraded to biomethane could help to replace natural gas in our daily lives. Biogas also presents an opportunity for local and regional economies to derive from a new source of income from waste products that are already being processed.

Identifying that despite there being 242 biogas plants were operating across Australia in 2017, roughly half of the gas captured was flared rather than being utilised as an renewable energy source for argibusiness. Amongst the recommendations made, the report suggests that more can be done to create demand for biogas, and simplify the construction of new biogas projects.

For further information about biogas and how your business can benefit from it, contact us now at .